September 24 – New The Burden Remains album
The full album just dropped, you can give it a spin right below, plus buy you digital or white vinyl-copy over on Bandcamp.

August 29 – New The Burden Remains clip/single
This one is an intriguing project… These guys wrote a full soundtrack for a 50′ movie, and it somehow turned out quite more post metal typ-ish than what they were up to in the past. I got to track drums, re-amp all guitars/bass, track a ton of overdubs, and finally also co-produce and mix the whole thing.
The first single/clip is out now, the full album will follow in a few weeks.

August 27 – Next drum recording
This week I got to track drums for Peace Is Just A Break’s upcoming new EP. I’ve already had the pleasure of working with these gents on their 2017 album «Little Boy», so launching up this project was easy.
We did proper pre-production work, I got listen to various stages of demos, and we made sure all things were as tidy and efficient as possible before even heading to the studio – An absolute fun part of the production work, and I’m always intrigued by how we can transform songs into possibly more intriguing versions.
For this recording, we used the band’s Pearl Export kit, Remo Emperor skins helped a great deal. Since this production is going be a little less roomy, I had a lot of spot mics in place, just to make sure all details got picked up in their full glory.
Check out the following pics!

August 22 – Live studio sessions
This week it was all about What Aleph Said‘s new album – Quite early on after having done some rehearsal room demos, we decided on a live-approach. Of course we had to do this at La Fonderie studios, the multiple rooms there helped making this much easier than anywhere else.
We tracked the drums in the big room, and while we also mic’d up bass & guitars for listen back-purposes, the main goal was to keep mostly the DI-sounds, and then re-amp these later, once some basic editing had been applied.

Very much happy with how the recording has turned out, here’s a few shots from the sessions: 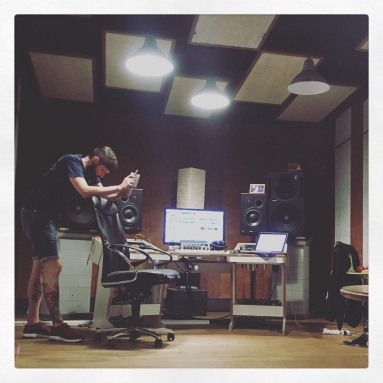 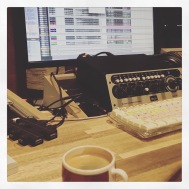 August 11 – About last week
Things are moving on at a steady pace over here… Spent the week tracking vocals, gangshouts and strings with Operation Blockhead, while at the same time also looking after Abraham working on their next release.
We finally managed to link up Felix‘ downstairs creative space with my room, so now I can track remotely… Very cool upgrade indeed! 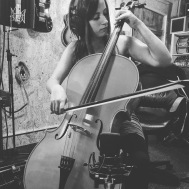 July 28 – A bit of insight: Promethee
While we’re still working away at this upcoming piece of heavy machinery, here’s a bit of insight into the drum-recording…
We took the extra half day to set up properly & make sure things were in place & sounded great, before we came into track – That way we could focus on the tasks at hand separately, which is always nice.
We ended up using Baptiste’s main live kit, with a homogeneous set of Zildjian cymbals. Since this time around the band wanted to go for a more atmosphere/ambient type sound, instead of the standard super tight & clean drums, the big room of the Blend Studio was a great choice – And we made sure to honour that with no less than six ambient mics… More on that down below, here’s the full list:
Kick: B91 / SM52
Snare: M201 / Neumann 185 on top, Shure beta57 on bottom
Toms: MD421s
OH: Coles 4038, ribbon love ftw
Hat/Ride/Splash: Mix of small diaphragm condensers
Ambi kick: AT4040 (Half a meter away, angled to the floor)
Ambi close/center of kit: R121
Ambi stereo far, front: C414
Ambi mono far, front: Misc. large diaphragm
Ambi mono ceiling: R121

So far, super excited about the combo of the Coles on overheads (Insanely detailed sound), the 121 at the center of the kit, and the C414s further away, plus the kick ambi mic is just super great to have.
There’s heaps of possibilities in here, and thankfully with a nicely tuned kit and a steady drummer, even the sound we have just for the production-stage/further recordings is already transitioning well, and also super close to what we were shooting for in the first place. 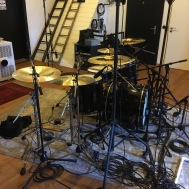 Guitars, bass and a few overdubs are already in the box as a type this, shooting for vocals now. More to come!

June 22 – New release: Norvhar
Hey folks,
Been quietly chiseling away at a few projects, and doing equal bits of recording, editing, tuning, mixing and mastering for some bands – So there’s that.
A new release has just seen the light of the day, Norvhar unveiled their first ever videclip for «Skyline of Fame» – The song has been partially tracked, and then edited/produced/mixed by me. Check it out here:

March 24 – New release!
Menura just released some live videos of the live show we recorded last year at Brasserie La Meute in La Chaux-de-Fonds – We tracked this show through an X32, and it was one of the first projects I mixed in my new room. Check it out!

March 20 – Post tour
Just came back from a 2.5 weeks trip over the big pond with Cult of Luna, incl. all the hot spots, and a one off in Mexico at the other end. Covid-chaos started to be a thing at the very end of this run, and we sort of surprisingly easily made our way out without any shows being cancelled, and/or flights being too chaotic.

Check out a few crappy shots! 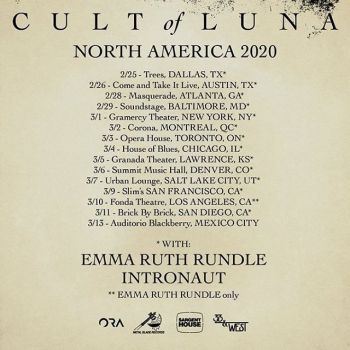 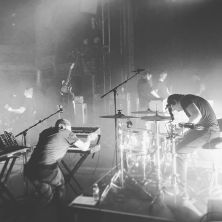 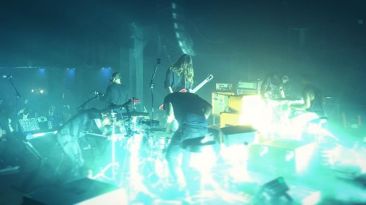 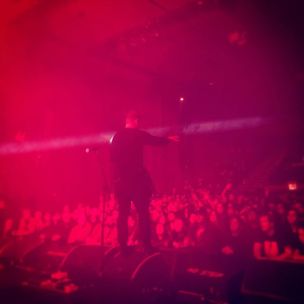 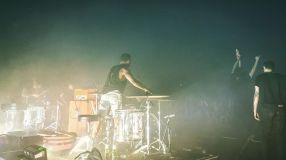 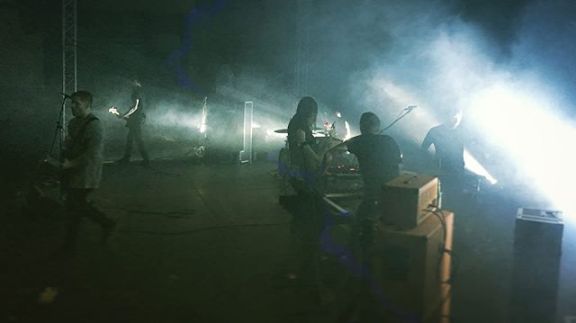 Finally wrapped production on The Burden Remains’ upcoming album – This monolith of an album saw it’s conception over a year ago as a commissioned work for a festival, the band handled DI- and vocal-recordings, and I did everything else from drum- and overdub-recording, to re-amping, editing, production and mixing. What an absolute blast this was!
Off to mastering now, fingers crossed!

Finished a solid short run of shows with Herod just the other day – We had a blast playing at the Caves Du Manoir/Martigny, SAS/Delémont, Complexity Fest/Haarlem and Usine/Genève.

Here’s a few shots from those shows: 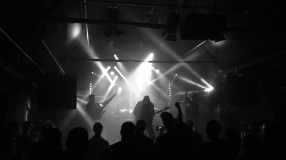 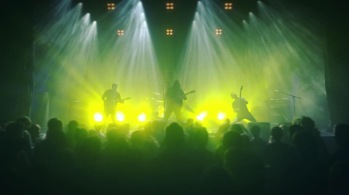 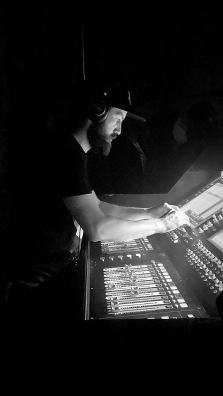 The last few days and weeks I‘ve been busy tracking drums, overdubs and reamping guitars and bass for the upcoming The Burden Remains albums, we managed to capture quite the proper range of mayhem over at both La Fonderie/Fribourg and Blend Studio/Lutry – Super excited about how this album is shaping up so far! 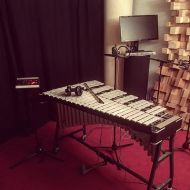 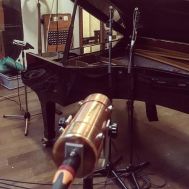 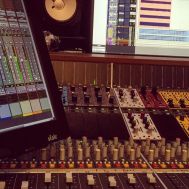 One month further down the line, one more tour over in this very busy 2019. Took Cult of Luna for a 2.5 weeks spin all over Europe, both TMing and handling monitor sound duties this time around. It was a great experience, seeing these calm Swedish gents absolutely crushing it every night with a great setlist, and an intense performance was the highlight of quite the easy going tour.

Bonus-points: Sold out shows at epic venues such as le Trianon/Paris, etc.

Back for a week now from this quite epic US tour, just in time for a short tech recap…
This was the first time out with a Waves LV1 desk, and I couldn’t be happier about the outcome – Thankfully this tour was super smooth with a great and dedicated crew, so it was easy to make sure the band was not only firing from all cylinders, but also that all sources sounded as great as they could, and tweaks could easily be applied when necessary. Which in turn meant I could go full mayhem with the desk right from the start.
I only had time to do half a setup day at a local studio before the tour, thanks to Antoine / Blend Studio and an older multitrack recording from Sven / Baum Haus Audio – So setting the rig up the first time two hours away from the soundcheck made me a little nervous, but it turned out to be a breeze… I actually had to call the rental company to figure out how to boot up (!), and everything worked seamlessly from there on – No configuration or network issues, drop outs or freezes, as it usually happens with new rigs or tech. The first show went down without a glitch, and within the next three gigs I was off programming snapshots, changing/tweaking plugins during the show, doing multitrack recordings, and fiddling around with virtual soundcheck, so that halfway through the tour we stopped doing soundchecks all together.
My worst experience was two temperature warnings (Hello there, Dallas and Ottawa!), but a bit more network buffer solved that issue quite quickly. Other than that I got to say… tech of the future, right there. Can’t wait to see where this is going from here on!

Ps: Of course also thanks to João and Alexander for all the info & talks!

Can’t believe this ride is already over, what a blast it has been.
Did another two festivals with Eluveitie, got to work at the annual Meh Suff! in Zurich (Mostly running monitors, but also mixing a few bands at FOH… Aborted coming through there was fun!), then did my last show with Aborted at Doomstar’s Bloodshed Fest in Eindhoven, and tracked drums for an upcoming single release with Norvhar. Times are flying, but I thoroughly enjoy all of this!

The gents in Akantha just release a new video through HxC World Wide, check out the clip to the song «Welcome To Hell» right here:

The upcoming EP was partially tracked by me, plus I did the reamping/mix/master. Killer project, glad to have been involved!

Geez, it’s been a month already since my last post? I see a pattern, damn!
Not like I haven’t been busy, so at least there’s that. Festival/Club-shows with Eluveitie, Cult Of Luna and Aborted went down, from Oya/Norway, over Wacken/Germany to Sylak/France and back again… Can’t complain, and it’s gonna come to a full stop pretty soon. Until then, here’s a batch of pictures from these shows!

Freshly back from a few off-shows with Aborted, plus a festival on Saturday – This was a sweaty week under the sign of no-AC-venues, can’t believe this is a thing in the summer… Plus we finished the quick run with a show at what has to be one of the worst festivals ever, Stonehenge in Steenwijk/NL. What matters is that we made it, but good lord… The amount of work that had to be put in it was definitely overwhelming.

Another then day or so into this summer, and the speed of things just isn’t dropping:
Spent a day or so in Hungary, doing a one off with Aborted…

After that, I spent a week at Les Georges-Festival in Fribourg/CH, overlooking six days of great shows in quite the unique spot.

A single show for a weekend is a slow rhythm by any standards, but we managed to squeeze some proper beach time out of it, plus the show was killer.

View from the monitors, Johannes on the front subs 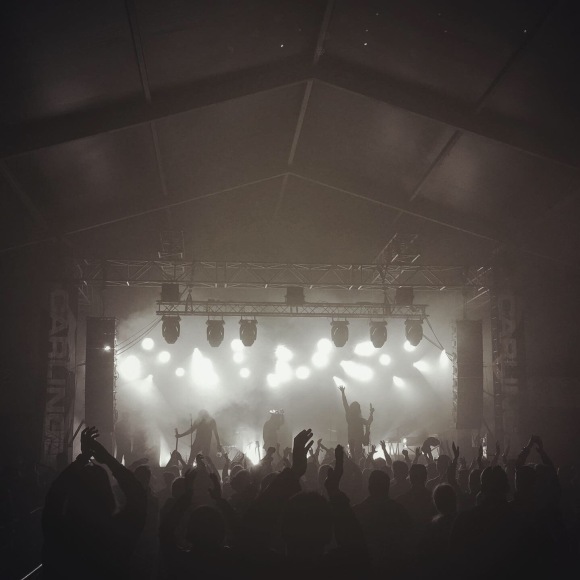 FOH at Provinssi-Festival, somewhere up north.

Here’s some quick shots sort of summing up the last few weeks: 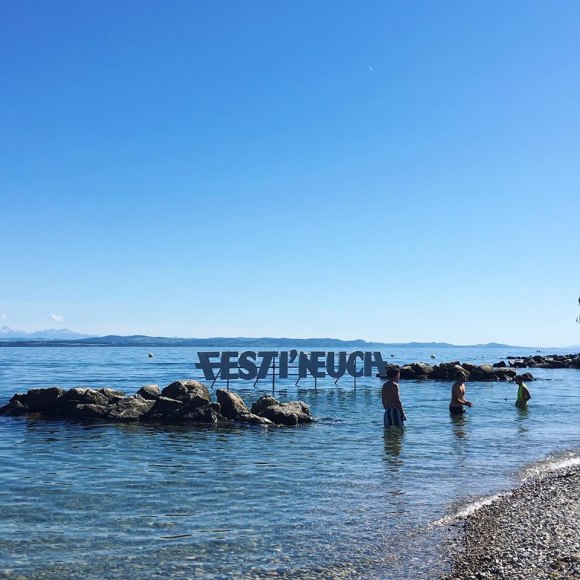 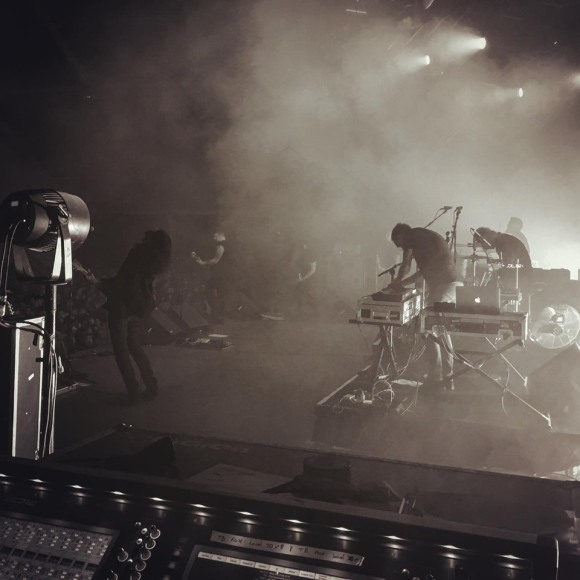 Cult Of Luna at Hellfest/FR, Monitors